Skip to content
Posted on May 28, 2016May 28, 2016 Posted in New ArtworkTagged fanart, game of thrones, ghost, jon snowLeave a comment

In a big push to get prints done in time for Planet Comicon, I ended up with a Harley Quinn that I was pretty happy with. Today, I am featuring it as my work in progress.

As always, I start with pencils. Nothing fancy. These are just mechanical pencils from the Dollar Tree.

The paper I’m using are actually cardboard backs from reams of paper. My friend works at a warehouse that ships out musical equipment and they go through a ton of reams of paper printing out shipping labels and whatnot. There is always a cardboard back in these reams and she thought it was wasteful to throw them away. Her solution? Save them for her artist friend to draw on!

She has now got every shift at this warehouse saving them for me. The result? I have BOXES of these things. I have a special place in my closet dedicated to these cardboard sheets. 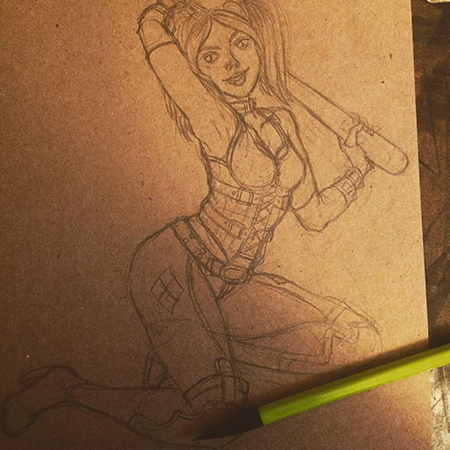 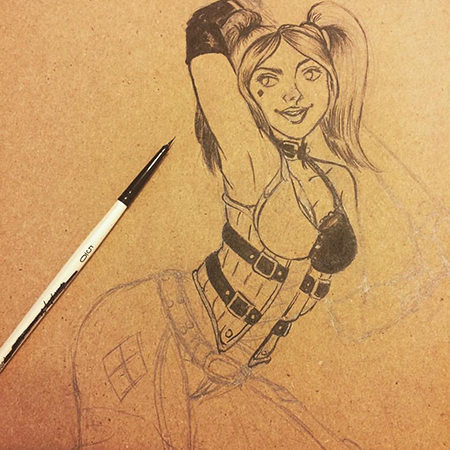 Starting with the inks! I do almost everything with watercolor brushes. The sizes vary, but the really fine point ones like the one shown are my favorite. 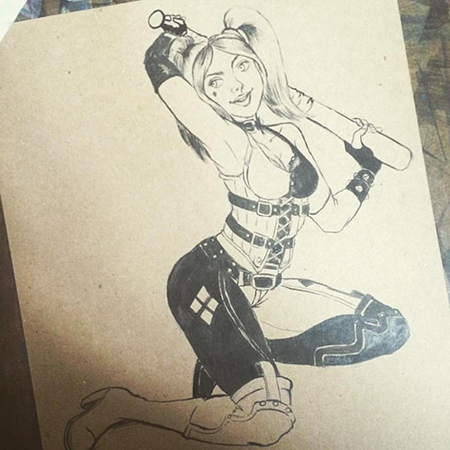 Here’s how it looked when I was done inking!

Here it is colored. I was really trying to get these done in time to get them scanned and sent them off to the printer. I was pretty much working until the very last minute to get these done, or I would have taken progress shots of my coloring process. Oh well.

I still have prints, if anyone is interested. Please feel free to email. I am also working on getting a store up and running very soon.

In the meantime, here’s the scanned version: 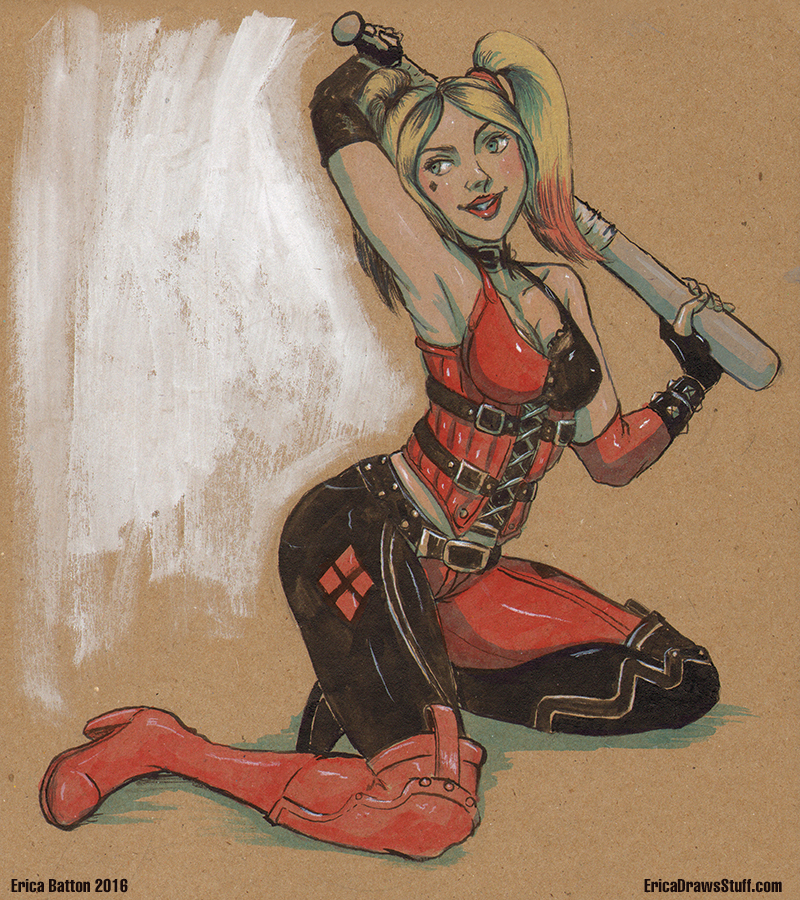 So Planet Comicon has come and gone. I realize I hyped it up so much on the Panty Vigilante site and, well, hardly at all here. But, yes, I was at Planet Comicon this year. It was awesome and I’m pretty stoked for 2017 now.

I debuted chapter 3 of my book Panty Vigilante on Friday, which was super exciting for me. It was a big push to get it done and printed in time for PCC. 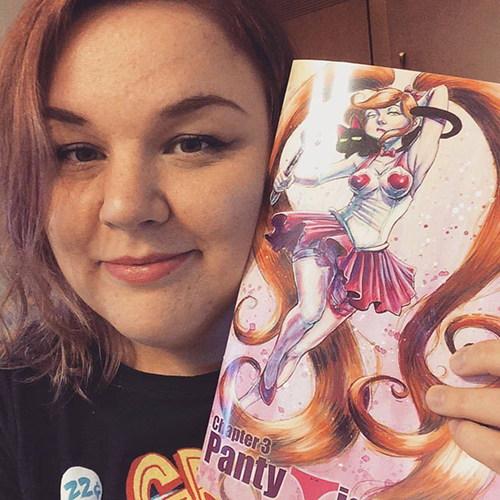 I caught up with old friends and made new ones. If you met me at PCC and are visiting my site for the first time, welcome!

Anyway, I was behind a table for most of the time, so I didn’t get too many pictures. Thankfully my wonderful bf was there to snap a good picture of my booth (he also cooked me kick ass breakfast every morning before the con. Be still my beating heart!):

I also have some good snapshots of commissions from this weekend:

A sketchbook drawing of Power Girl, commissioned by my friend Ali Smith. She also runs an awesome convention in Manhattan, Kansas called Little Apple Comic Con, which I will be attending next February!

I’m not personally into furries, but someone asked me to draw their fursona. It turned out to be a nice change of pace and painting the fur was fun. 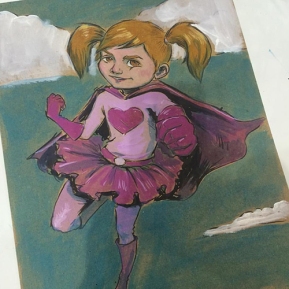 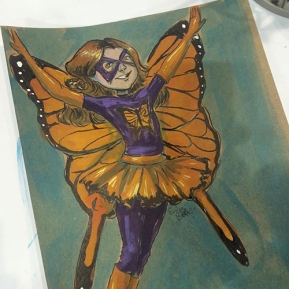 These three are caricature commissions from a couple who wanted a birthday present for their niece (who is a Slytherin fan), and their two daughters. Their daughters just liked superheroes in general, so they weren’t looking for anything too specific. I pretty much got to design whatever costume I wanted for them and had a lot of fun with it.

This wasn’t a commission. Just a sketch I did for fun of Jon Snow and Ghost at the convention. I ended up coloring it and I will post it later. In the meantime, here’s an inked version.

Anyway, Planet Comicon was awesome this year. I have a lot more to post, so stay tuned!

Also my next appearance is River Des Press Expo in St. Louis, Missouri!